Linkwell Industry Co., Ltd. Is celebrating its 40th anniversary this year. One of its milestones this year is the completion of its Vietnam plant— Viet-Screw Company. The construction of the new plant was completed recently and would become operational at the beginning of August, 2017.

About the Overseas Plants of Linkwell:

Currently Linkwell has 85% of its sales to the U.S. and Europe, and has the rest of the sales to Japan, Latin America, the Middle East and the Oceania. President Yen said, “The most important thing in the competitive environment is to maintain stable corporate growth in the industry. In the past 40 years Linkwell has shown quite stable growth.

Linkwell started as a trading company, and then sequentially set up domestic and overseas plants. The “stability” stressed by Linkwell includes the ones with suppliers, with clients, and with Linkwell’s employees. Linkwell has been collaborating with many primary suppliers and clients for 30 to 40 years, and its employees also have 20 to over 30 years of experience. Therefore, it can provide stable and good quality, competitive prices, as well as stable and good service.

Protectionism arises as the international condition becomes turbulent, uncertain and unsteady. However, President Yen thinks protectionism has relatively less impact on the fastener industry. For the time being, the biggest impact on the fastener industry is the problem of excessive supply over demand. Profit relatively grows less if there is competition.

Linkwell has been through a 4-decade journey and has persistently made great efforts to achieve “stable development” in anticipation of improving quality and gearing toward the offering of higher value added products. It has been working hard for a goal to provide good product quality, competitive prices and better service to create mutual benefits and success with clients. President Yen would like to thank you all for supporting and encouraging Linkwell over the past 40 years. 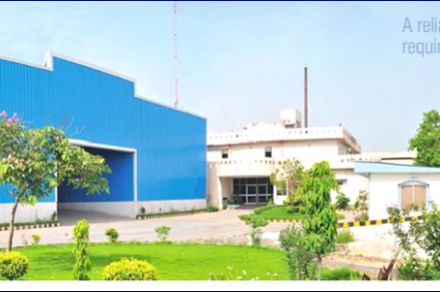