“EIFI is 40 years old”, is how Anders Karlsson, President of the European Association of Fastener Manufacturers, opened his speech at the Stuttgart Fair held from 28 to 30 March this year.

It was on 6 September 1977, in fact, when the president of the French C.S.B.V.F., Chambre Syndicale de la Boulonnerie et de la Visserie Forgeés, Mr. H. Lorrain, convened the representatives of already existing National Fastener Associations and individual companies from 14 different countries: Austria, Belgium, Denmark, France, Italy, Germany, Great Britain, Liechtenstein, Norway, the Netherlands, Portugal, Spain, Sweden and Switzerland. During their meeting held in Paris, it was decided to establish a European association named the “European Industrial Fasteners Institute”, based in Cologne in Germany, as from January 1978.

A first working group was also established, with the task of drawing up the EIFI statutes and aims and objectives for the association. This group was comprised of the secretaries of 5 national associations: Messrs. Altmann (B.I.B., Austria), von der Heide (D.S.V., Germany, which was also founded in 1977), Buchart (C.S.B.V.F., France), Peplow (B.I.F.F., Great Britain) and Quaglia (U.P.I.V.E.B., Italy).

At its meeting on 30 November 1977, the newly constituted Steering Committee unanimously voted for Mr. H. Lorrain as the first president of the EIFI.

After several meetings of the working group, the final version of the EIFI statutes was approved on 20 October 1978.

Experts in bolts, screws and nuts have certainly recognised the names of those who have not only written the history of the European fasteners sector, but who, with their commitment, enthusiasm and farsightedness decided forty years ago to found the European Industrial Fasteners Institute.

President Anders Karlsson, vice presidents Enio Fontana and Tillmann Fuchs, the board and all EIFI members today proudly honour the work of these founding fathers, expressing their sincere thanks to them and to their families, as well as to their successors and related companies. 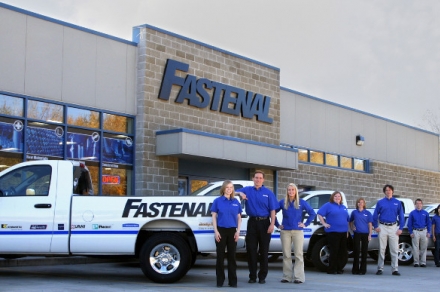