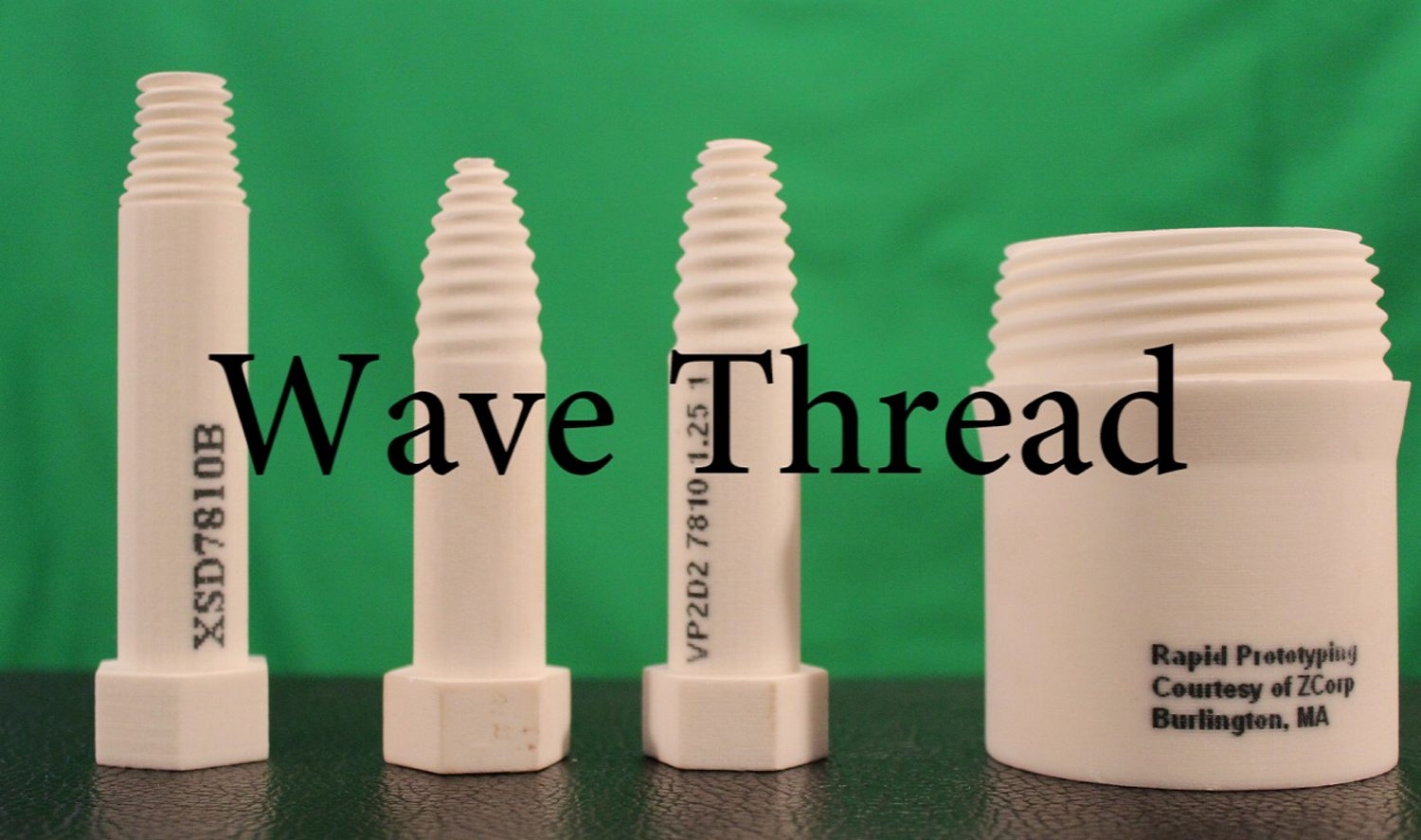 Dale E. Van Cor is setting out to revolutionize the world of nuts and bolts with a new fastener technology he says is stronger and more durable than standard nuts, bolts, or any threaded connection.

According to Van Cor the first destructive test on the wave thread on May 9 pulled the heads of the bolts off at 1,631 pounds while the standard threads broke at 1,398, showing his new fasteners have 16.1 percent more strength. The wave thread is a stack of circles that distributes stress evenly. "It's just a way of making a stronger connection," said the 57-year-old Winchester native, who says he's been an inventor all his life. There are many advantages to the wave thread design, he said. The total surface contact transmits vibration instead of absorbing it and conducts heat efficiently, he said. The thread is quick to connect, takes fewer turns to fully engage and is impossible to over tighten, he said. Over-tighten and you break the bolt instead. And because there is total contact with the wave thread, there is a total seal, so water cannot seep in and cause rust, he said.

The key finding generated by Patel, Van Cor's research assistant, is that stress concentrations appear to be significantly lower in wave threads than in standard threads,which indicates that wave threads will make a stronger connection.