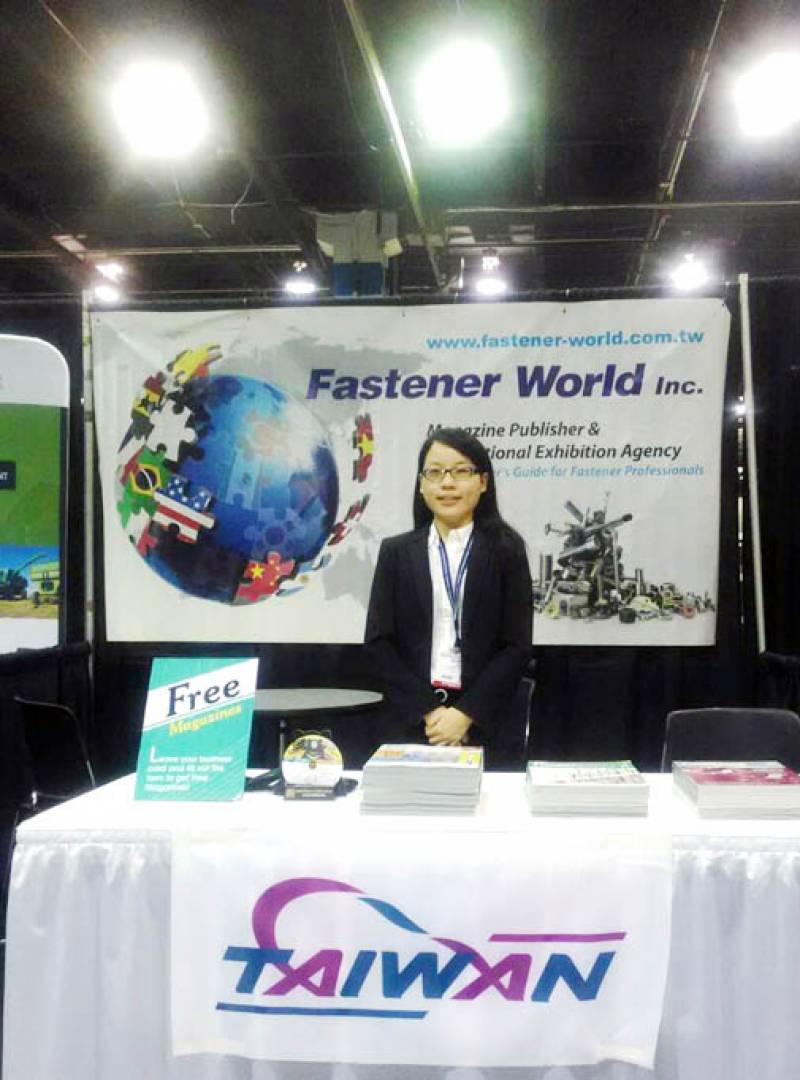 The 5th Fastener Tech fair was held at Donald E. Stephens Convention Center during June 9 and 10. Chicago is dubbed the heart of American industrial fasteners, converging numerous benchmark fastener distributors, makers, media, associations, and research institutes in the U.S. A big selling point of this fair is the industrial and technical seminar on production, distribution, and application of fasteners (nut, bolt, screw, rivet, ring, clamp, washer, nail) arranged by the organizer.

Although the U.S. fastener import slightly dropped in 2013, it peaked again at USD 4.8 billion in 2014, exceeding USD 4.6 billion recorded in 2012. Asia is a primary source of fastener import to the U.S., and Taiwan has been the top import source of fasteners to the U.S. for 3 consecutive years. In terms of export, the U.S. has grown stably for 3 running years. In 2014, the American total fastener export amounted to USD 3.8 billion; however, the export destination has changed from Canada to Mexico. Presumably, the most-favored-nation treaty effective at the U.S./Mexico border makes Mexico a factory for the U.S. The fact that Mexico builds an automotive city and purports the automotive industry has driven the growth rate of employment and house sales, thereby creating a vast demand for fasteners and parts.

In another perspective, the local media reports the 9-month labor strike has ceased in this March, and inflow and outflow shipment is back on normal track. Coupled with stable exchange rate as well as the stable growth of domestic demand in car and house market, the American economic and trading activities is livened up again.

FASTENER TECH™ is a comprehensive fastener fair held in the core of the fastener industry. It combines exhibition with training sessions, and it is concurrently held with the surface treatment fair and mold fair (SUR/FIN). To visitors, this is definitely worth a visit. The previous edition (2013) attracted 144 local and global exhibitors. This time (2015) the fair attracted a total of 156 exhibitors form the U.S., Spain, China, and Taiwan, who witnessed the purchase index of the American market back on stable status. Last time there were 2 Taiwanese Exhibitors, and this time there were more of them getting their grip on business opportunity, including Fastener World, Sanshing, Jamher, Angelray, Yi Tai Shen, Kingwin Precision, Kot Components, Fontec, Ray Fu, and Shin Guang Yin.