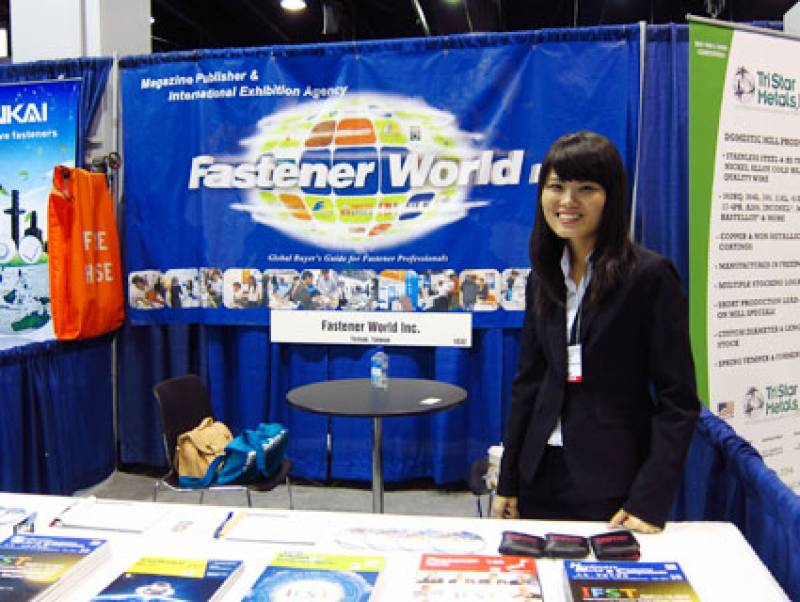 Dubbed as the “All-Purpose Fastener Show at Fastener Manufacturing Center,” the edition this year welcomed 144 exhibitors from the local US, Spain, China, and Taiwan, 128 of which were from the U.S., 13 from China, 2 (Fastener World Inc. and Jinn Her Enterprise) from Taiwan, and 1 from Spain. This show did not only attract the attention of global fastener media, but also get the support from several fastener associations and institutes, including National Fastener Distributors Association (NFDA), Industrial Fasteners Institute (IFI), Fastener Training Institute(FTI), Mid-West Fastener Association (MWFA), Chicago Metal Finishers Institute (CMFI), North Coast Fastener Association (NCFA), and Woman in the Fastener Industry (WIFI). It is a platform for exhibiting products as well as offering training programs to the industry. This show was co-located with SUR/FIN. Visitors all said it is really a show worth visiting.