NIKKAN KOGYO SHIMBUN (news media) interviewed Mr. Tubaki Syouitirou, Chairman of The Fasteners Institute of Japan, a while ago on the performance of Japanese fastener industry in 2018. The Chairman said that the production volume and value of fasteners are expected to outpace 2017. The volume will range between 3.2 to 3.3 million tons, and the value will be around JPN 900 billion. Three consecutive years of growth will bring the industry's performance back to the level prior to the economic crisis in 2008. However, the Japanese fastener industry is in severe condition with shortage of talents and issues with business succession will continue on. The Fasteners Institute of Japan will discuss a system to incorporate foreign talents into Japanese fastener manufacturing plants within 2019.

The Chairman said the evolution of AI and IoT will push the market to demand entirely different functions for fasteners. Fasteners are literally used everywhere, and say if we were to embed an IC chip into a screw to harvest big data, technically this is not something out of the question. Such screws will take an entirely different design. The Japanese fastener industry must think ahead of the current situation and find a way out. Speaking on the emergence of electric cars, he said developing fasteners of higher strength and higher quality is the way left for the Japanese fastener industry to survive in the world market. 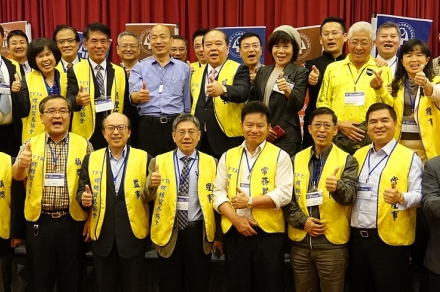