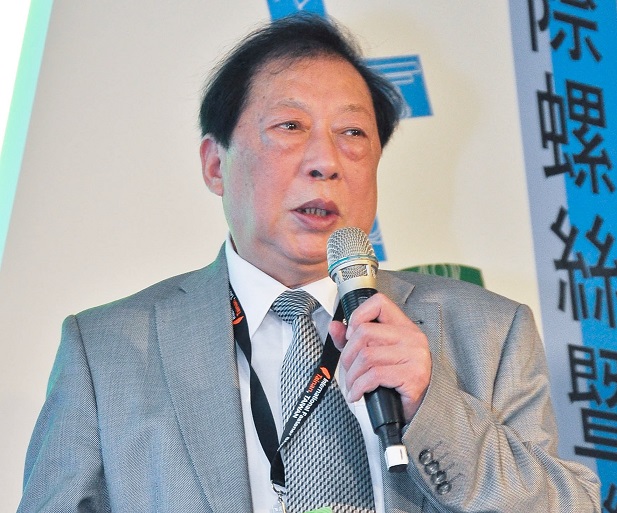 Under the guidelines of “stable growth, structural adjustment, political reform, better livelihood of people,” China persists in reform of the market to foster a healthier development of the economy and persists in the structural adjustment to further rectify excessive capacity, severe pollution, and high energy consumption, and promote the development of emerging industries such as automobiles, new energy, advanced manufacturing, the Internet, and IT industry. What is encouraging is the rapid development of the 3rd industry (namely, the Service Industry) that carried China’s economy onto a significant change from an annual GDP growth of 9.8% (ultra-high speed) down to 7.4% (in 2014). China enters the so-called benign period indicated by a medium to high growth rate of 7-8%. In 2014, China’s PMI remained above 50% in Macro-economic Climate Index. Industrial Production Index was above 52%, Index of Export Orders was above 52%, Non-manufacturing Business Activities Index was around 54%, and Construction Business Activities Index was above 56%. These figures explain that China’s economy has entered a normal state of steadiness with benign improvement.

The fastener industry, which plays an auxiliary role and is undoubtedly driven ahead by this new state at a steady pace, enhances its innovation initiative and adjusts its industrial structure to improve the production output, quality, and brand efficacy. The focus of Chinese fastener industry shifts from a large and comprehensive scope towards a smaller scope with precision, specialization, profession, and excellence. It shifts from focusing on production only to production with extra service. It focuses on the development of SEM screws and parts, stainless steel fasteners, miniature screws for the IT industry, self-locking fasteners, titanium/aluminum alloy fasteners, automotive and high-speed rail fasteners, and various fasteners/non-standard parts with surface treatment or chemical coating, and mechanical parts, in order to continuously improve the level of products. Especially, the development of high strength/precision/value-added fasteners, non-standard parts, and small mechanical parts is rapid to constantly adapt to the development of automotive, new energy, high-speed rail, transportation, aerospace, electronics, construction and maintenance industry.

China’s economic development brings a massive market for the fastener industry. The market value is estimated to reach around USD 12 billion in 2014 and USD 13 billion in 2016, at an average growth of 3-5%. To sum up, China’s fastener market demand is tremendous.

China’s economy persists in reforming and opening the market. Its massive fastener market demand provides domestic and overseas industry players with a platform to develop business. We welcome global advanced countries to invest in China or supply high strength fasteners so as to create mutual benefits and victory, going hand in hand against the uprising trade protectionism. Europe was, and will remain as China’s partner. However in recent years, some abnormality occurred in the relationship between European and Chinese fastener industry. The EU has imposed a 5-year long high anti-dumping duties on China’s fasteners, and thus China is basically excluded from the European market. The EU imported over 600 thousand tons of fasteners from Taiwan, Vietnam, and Thailand to replace the market share which was originally taken by China, thus resulting in a heavy blow to European traders. The rising cost of the manufacturing industry and the decreasing profit are hindering European economic development. It is reported that, even without the import of Chinese fasteners, the profit of EU’s fastener industry still dropped by around 0.4% over the previous same period. Evidently, the injury to the EU’s fastener industry has nothing to do with the import of China’s fasteners and is actually related to the problematic internal structure of EU’s industries. In addition, we should clearly see that fasteners exported from China to the EU are all medium to low end products that pose no threat to EU’s high-end fastener industry. On the contrary, in this case China and the EU complement with each other, creating mutual benefits and benign development. Notably, some people are worried that Chinese fasteners will continue to be dumped if the EU cancels the anti-dumping tax. In fact, in 2014 China’s fastener export still demonstrated a certain growth when the EU’s export volume was decreasing. China’s export-based companies focus more on domestic demand and non-EU markets. Consequently, we hope to go hand in hand with European fastener makers and traders to clear up misunderstanding and misjudgment, clear up all obstacles during the sunset review, increase mutual trust and exchange, eliminate AD tax on Chinese fasteners, and bring China-Europe fastener industry relationship back on track for cooperation and mutual development. There is a Chinese saying goes, “Harmony brings wealth”. Let us all face our future and together create a new page for China-Europe fastener industry. 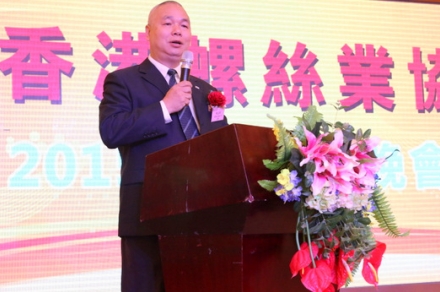