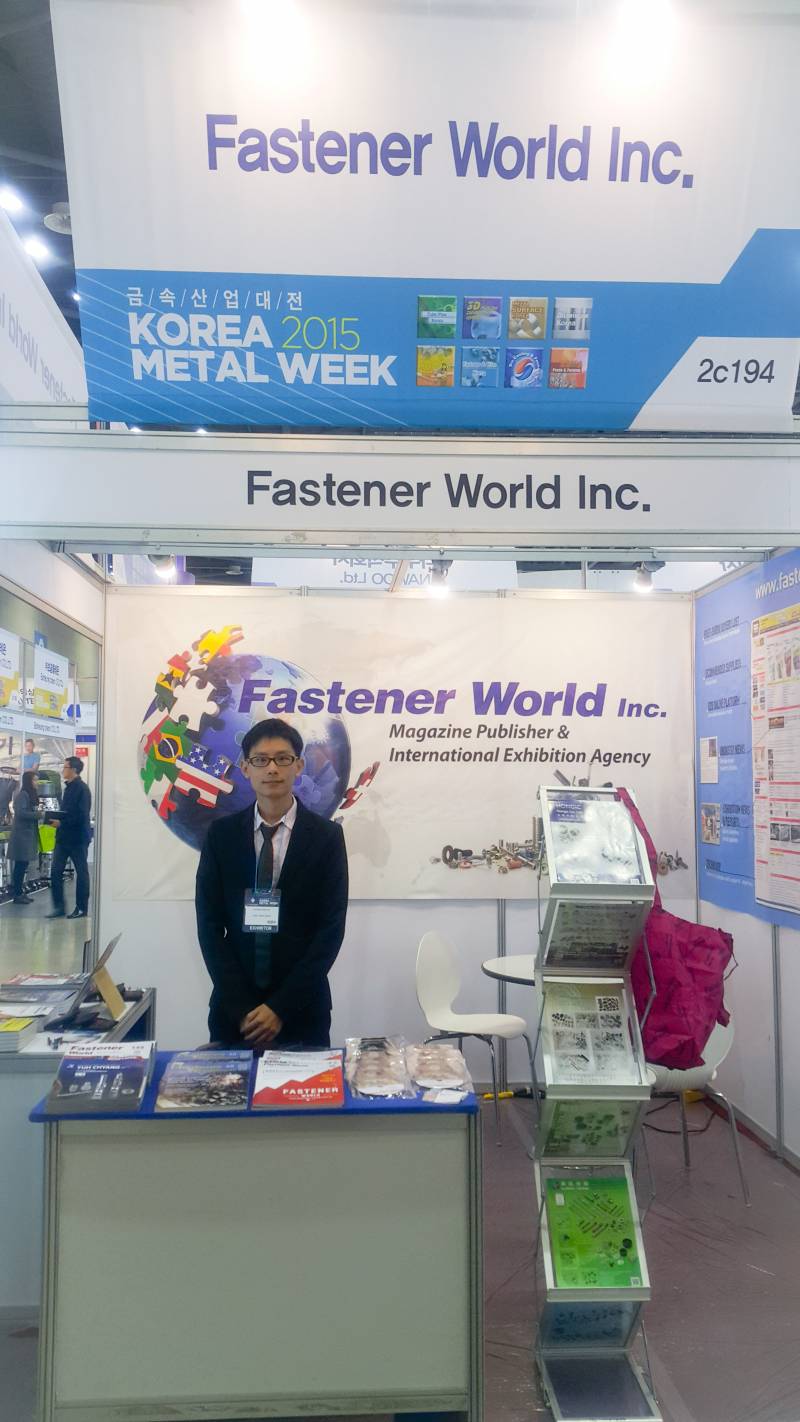 Korea Metal Week is a critical event held particularly for professionals from the machinery industry. It aims at introducing new technology and equipment to satisfy the tremendous demand of Korean machinery market. This year (2015) its 16th edition is now being grandly held at KINTEX with the attendance of 350 exhibitors using 765 standard booths.

According to statistics, the domestic fastener production of Korean fastener industry in 2014 reached 0.99 million tons and its sales reached USD 4.1 billion (a slight decline from last year’s record due to the decline in car manufacturing in domestic Korea). In Korea, fastener demand is mainly from automobile, construction, and appliance industries. Over 0.77 million out of the 0.99 million tons of domestically made fasteners were used by the automobile industry; over 0.13 million tons used by construction; over 20 thousand tons used by electronics; and over 70 thousand tons used by other industries.