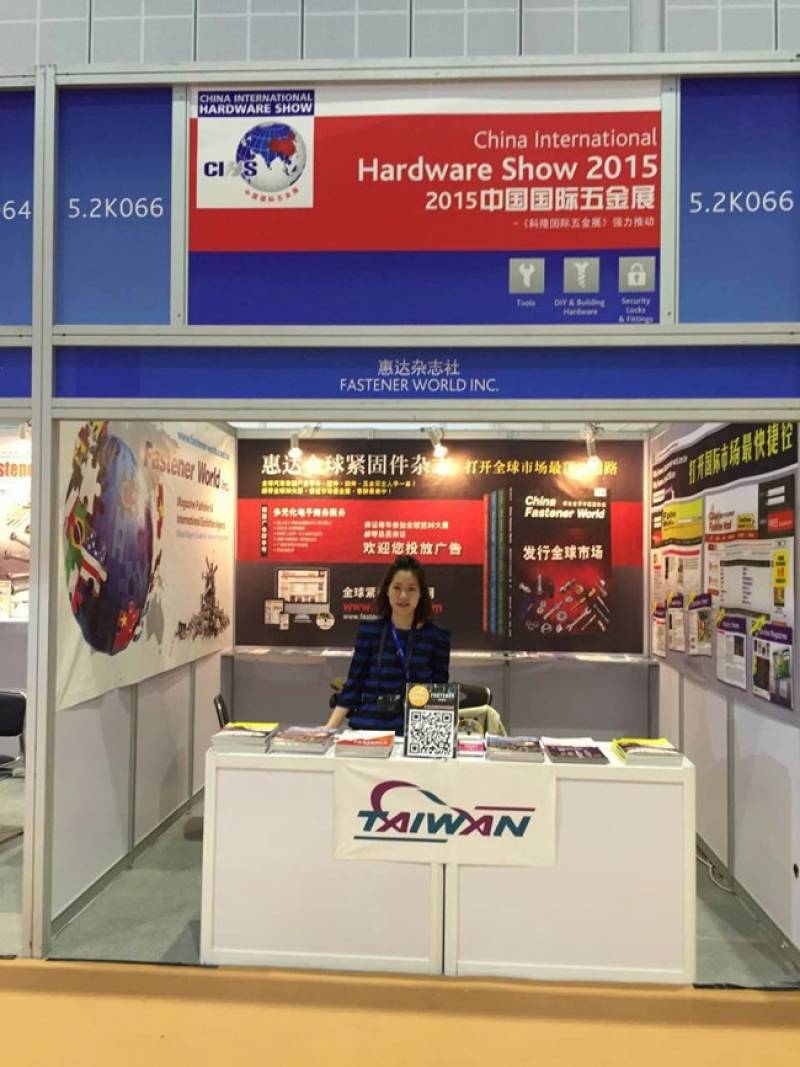 The grand event for the hardware industry, China International Hardware Show (CIHS) 2015, took place at National Exhibition and Convention Center (Shanghai) on Oct. 21-23, 2015. What interested people the most to attend CIHS 2015 was its being “a show for every attendee to see thousands of latest products and technology and meet buyers from more than 50 countries.” Supported by the growing demand of China, which is not second to those of Europe and the U.S., the 15th CIHS, since its first debut in 2000, has successfully established an excellent platform of doing business with China as well as expanding business to the domestic Chinese market.

2,680 companies came to exhibit in the show, including about 200 international exhibitors from Germany, Japan, Korea, India, Taiwan, and Hong Kong. There were also over 40,000 visitors from the industry, including 4,000 international buyers from 90 countries, most of whom were traders, importers/exporters, end-users, and agents/distributors. According to the onsite report of Fastener World’s staff, a swarm of visitors were already seen in the first day and exhibitors wasted no time in promoting and demonstrating their products.