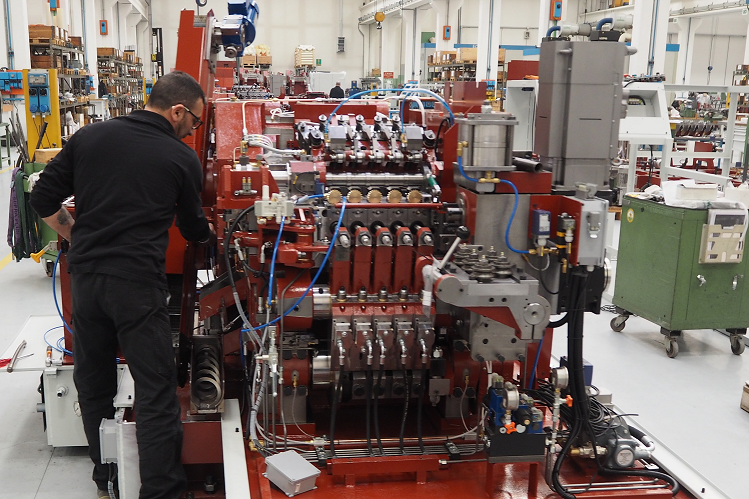 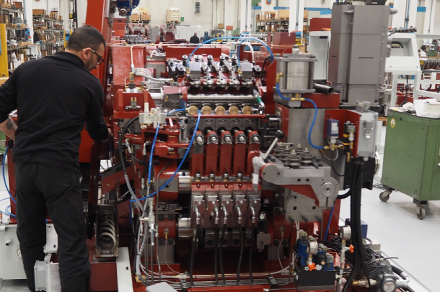 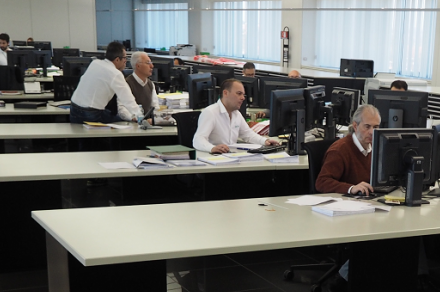 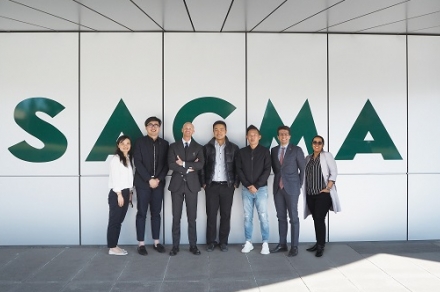 Continuously writing its successful story with the adherence to high quality, the Italy headquartered industry leading fastener machine designer, developer and manufacturer is now celebrating its 80th year of milestone with a new corporate identity and considering setting forth to further broaden its business reach into the ever-growing Asian market.

Made-in-Italy and Localized Service Throughout the World

Having consolidated its foothold in the European market for decades, The SACMA Group, consisting of Sacma, Ingramatic, OBM and Tecno Lift, not only offers its machines in Europe, but also has established several local service operations and technical centers across Europe, as well as in USA, Brazil, Russia, Turkey and China in order to support its customers worldwide.

In Taiwan, one of the fastener manufacturing heartlands in Asia, SACMA also has a long-term partner – Trisail International Co., Ltd., with full knowledge of fastener processing and a well-experienced team to represent the Group and provide technical support along with an aftersales service compliant with the SACMA standards. This year Sacma has also established a new branch in Wuxi (China) with a new team of dedicated sales and aftersales staff. The new location will serve as a spare parts warehouse and show-room for new technologies.

The premium quality of SACMA is reflected on its unbeatable integrated design and smart utilization of space, SACMA's combined headers are capable to produce one finished part through 3 processes - cold forming, pointing, threading- on the same machine.

"I mean that business have to be forward-looking, if you have one SACMA machine it means you don't have to buy 10 or even 20 machines from other brands, which inevitably results in higher operational and ownership costs".

On the other hand, with our machine you can complete all processes, as, for example, you don’t have to buy one machine for heading, one machine for thread rolling and one machine for pointing. I believe this is why our clients around the world continue to take Sacma into their only one consideration when it comes to long-term cost saving.”

SACMA machines are used for critical cold-formed parts, ranging from bolts to net-shape components of the highest tolerance that is possible to achieve out of a multi-station heading process.

“Our customers serve the world’s topnotch automotive brands, reliability for them is top-priority, hence SACMA is their best choice”.

As Mr. Rampezzotti states “In our plant we use cutting-edge CNC equipment from Switzerland, Japan and Italy to feed our fully-integrated production, we’re the only manufacturer in our industry that produces 100% of its mechanical components in-house. On top of this, we use best quality materials with outstanding mechanical properties, not to mention that we carry out heat and superficial treatments - nitriding, hardening - in order to enhance their long-term performance. As a President, our mission in delivering the best multi-station cold-forming machines is ensured by our strong and continuous commitment.

A Full Range of Solutions for the Cold-Forming Industry

Today, SACMA Group is the only player on the market that can supply a complete range of forming equipment for the fastener industry, such as combined headers for screws and bolts, five and six die multi-station part formers, stand-alone flat-dies thread-rollers - Ingramatic - as well as vertical feeding systems - Tecno Lift -.

Noticing the emergence of new industries (e.g. electric vehicles) boosting the demand for more special parts in the Asian market, Sacma is convinced that the demand for machines which feature high precision, high performance and high flexibility in this region will definitely show an overwhelming increase. So, where can manufacturers find out machines with all these critical features being included? The answer is, as Valeriano said, “Who else? It’s SACMA!”

BIOG
Mr. Gang-Hao Chang has joined Fastener World Inc. since 2007. He has been dedicated to offering a diverse range of promoting packages and marketing service to various fasteners, hand tools, industrial parts, machinery and relevant industries and bringing the latest market intelligence and up-to-date industrial info directly to the desks of readers and buyers. He is a frequent participant of many int’l exhibitions around the world. He not only helps customers promote their products in the int’l market and increase their brand awareness, but also brings back foreign buyers’ inquiries to many companies, establishing for both sides a consolidated and long term collaboration. (For further inquiry, please email to design@fastener-world.com.tw) 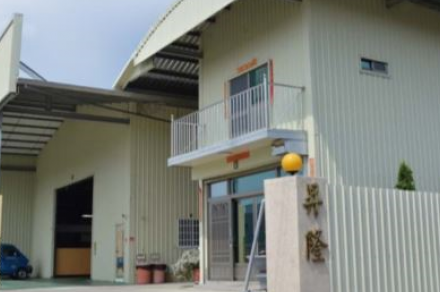